About the WeAct team

WeAre team WeAct. What brings us together is our passion for a sustainable way of living. Since 2013, we have been developing challenges to help organisations engage their staff for sustainability matters in a playful way. 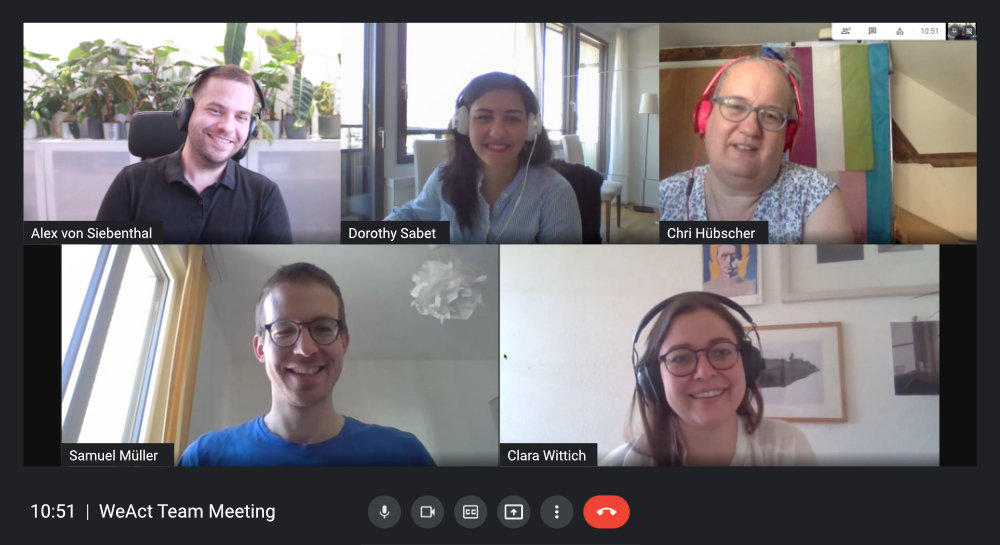 The underlying idea originates in a think tank at ETH Zurich back in 2010. With WeAct, we strive to mobilize and inspire organisations and their employees to live a sustainable live. We love what we do and appreciate the trust expressed by our customers. At the core of our business, we always put the customers’ needs first and appreciate the inspiring encounters we were able to experience over the past years.

We are an ETH Zurich Spin-off and can count on the support of notable business and science partners.

The people behind WeAct 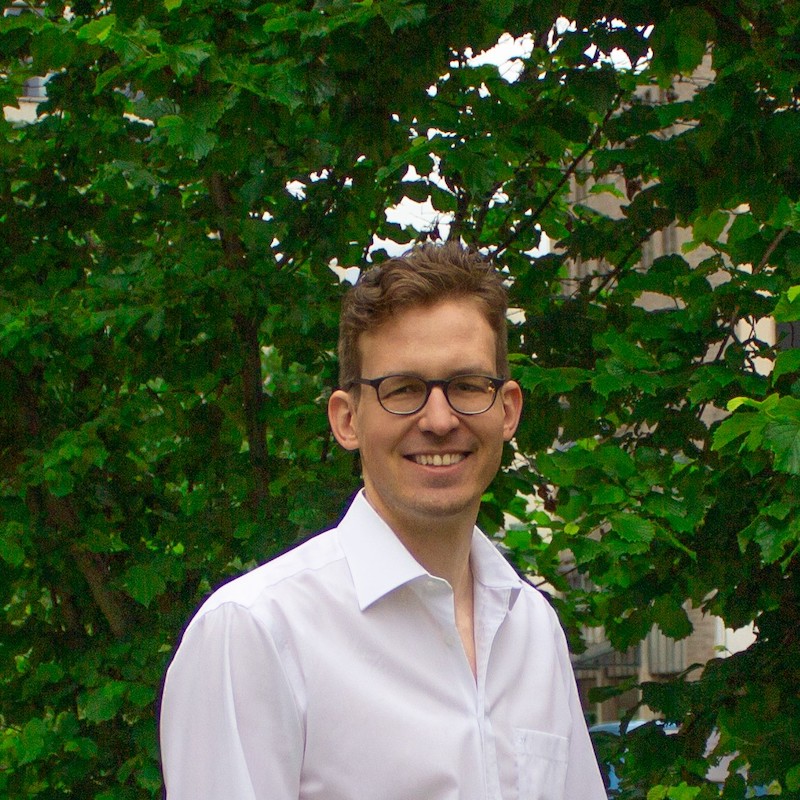 At WeAct, Samuel is responsible for the development of the platform, which he has built from the very beginning.

Samuel studied mechanical engineering with a major in robotics at ETH Zurich. Having returned from his internship in Belgium, he built a robotic arm capable of drawing Chinese calligraphy as his master thesis. In total, Samuel owns over 17 years of project experience in web development. For instance, he worked in projects for Credit Suisse, SBB and ETH Zurich. For WeAct, he was intrigued by the possibilities of combining IT and social media to tackle ecological challenges.

If Samuel as an urban beekeeper isn’t around his bee colonies, you can frequently find him playing the piano.

At WeAct, Alex is responsible for the business side of things. His competences entail strategy development and execution, finances, investor relations as well as leading and developing the WeAct team.

Prior to his time at WeAct, Alex worked in numerous start-ups within various industries, two of them which he founded and run himself. Alex owns a master’s degree from the University of St. Gallen (HSG) and worked four years in the faculty and research body of the ZHAW School of Management and Law.

In his spare time, Alex can often be found in nature – be it in the Swiss mountains or forests as well as his urban hobby garden.

Clara works as project and key account manager at WeAct. She’s close to our clients to tailor each challenge to our customers’ needs and to make sure, the implementation runs smoothly.

She is in her last lap for her master’s degree in changing societies at University of Basel. Additionally, she owns professional experience from the NGO sector where she was active as project manager, designing workshops and running communications.

Her distinctive feature is her bicycle that takes her almost everywhere. Besides the environment, Clara has a strong interest in issues around migration. 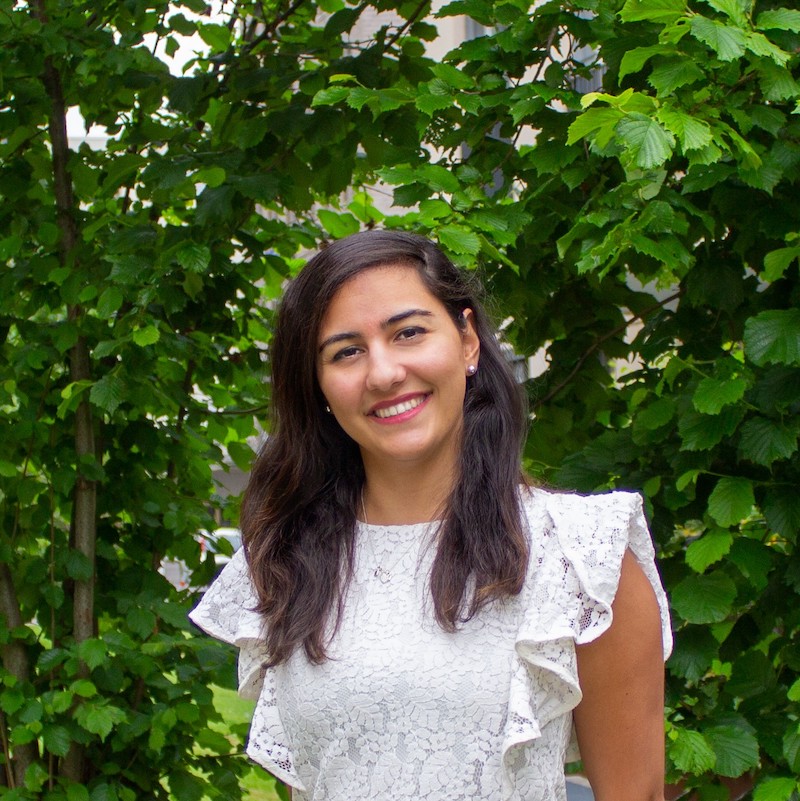 Here at WeAct, Dorothy works as project and operations manager. She’s determined to improve every aspect of a challenge with her multi-lingual skills.

She’s a political scientist and owns a double MAS degree as well as a Bachelor’s degree in international relationships and human rights from Science Po Bordeaux and the University of Turin. Dorothy has a multi-cultural background and worked at the U.N. in Geneva as a representative of the NGO  Baha’i International Community and at the ETH Immigration Policy Lab.

Dorothy is a member of the  Baha’i-Community and enjoys profound discussions with people from different religions and origin. 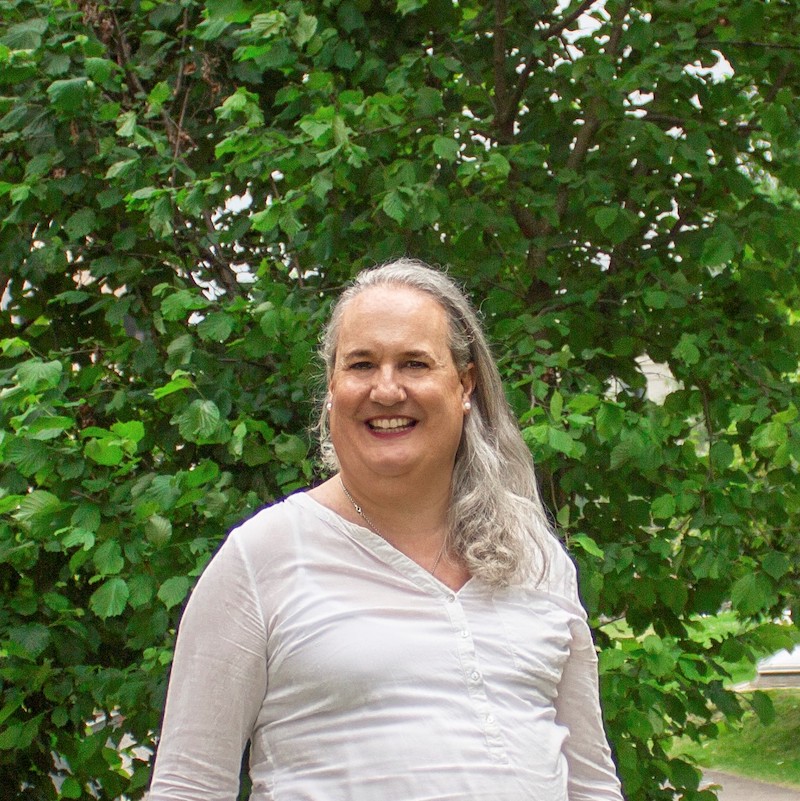 Chri is responsible for the user experience development of the WeAct platform.

Furthermore, Chri is involved in the subject of non-binary gender with their website nonbinary.ch. The name Chri is neither a female nor a male name but rather non-binary. Chri’s pronouns are Chri or they/them.